Loan Demand Stagnates. Only One Bright Spot in the Production Slowdown

The survey covers over 50 percent of all US residential mortgage loan applications taken by mortgage bankers, commercial banks, and thrifts.  The data gives economists a look into consumer demand for mortgage loans.  A rising trend of mortgage applications indicates an increase in home buying interest, a positive for the housing industry and economy as a whole.  Furthermore, in a low mortgage rate environment, such a trend implies consumers are seeking out lower monthly payments which can result in increased disposable income and therefore more money to spend on discretionary items or to pay down other debt. 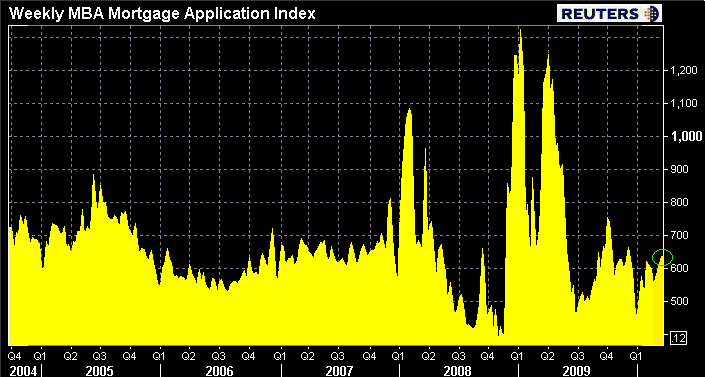 The Refinance Index decreased 1.5 percent the previous week. The four week moving average is up 1.0 percent for the Refinance Index. The refinance share of mortgage activity decreased to 67.2 percent of total applications from 69.1 percent the previous week. The refinance share is at its lowest level since it was 66.1 percent in October 2009. 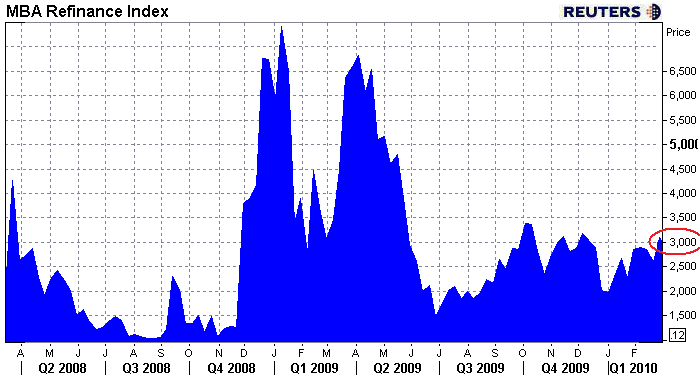 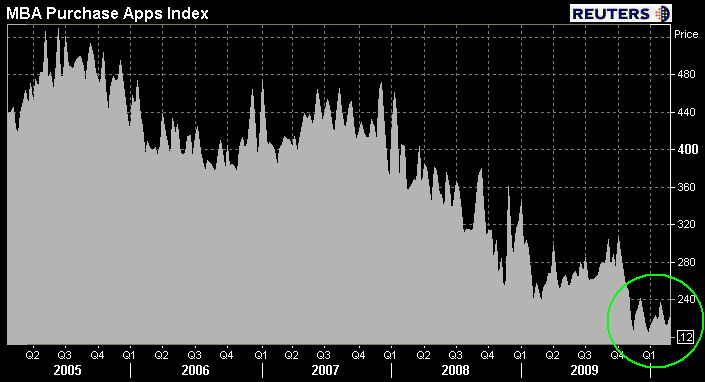 The average contract interest rate for 30-year fixed-rate mortgages increased to 5.01 percent from 4.95 percent, with points decreasing to 0.82 from 0.99 (including the origination fee) for 80 percent loan-to-value (LTV) ratio loans. 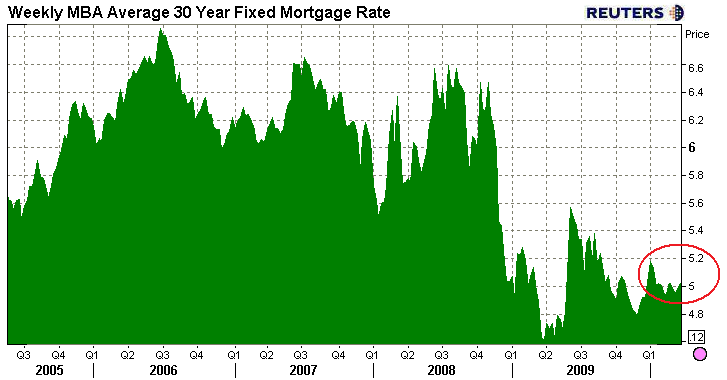 I wish I had some great news to pass along to you in regard to a noteworthy increase in loan application activity....but I don't. Most housing and mortgage market participants don't need an MBA survey to tell them that though. There is one bright spot I can call attention to...

Since this survey was compiled, benchmark Treasury yields have risen over 10 basis points. Yet mortgage rates have held relatively stable. WHY?

The Federal Reserve's MBS Purchase Program isn't over yet.

The gradual slowdown in loan production we've witnessed since the hey-days of 2009 has been beneficial to mortgage-backed security valuations and mortgage rates. The still shrinking pool of  qualified borrowers has served to slow the pace of new MBS coupon supply. Less new MBS coupon supply (float) has allowed the Federal Reserve to continue to reduce their daily spending totals, all without having any effect on mortgage rates!

What happens when the Fed exits the MBS market?

Mortgage rates will rise relative to Treasury yields...but not as much as many expect. This is a message that is now starting to be broadcast by the mainstream media. I posted a very clear explanation as to why we do not think rates will skyrocket when the Fed exits the TBA MBS market. I know its a bit long,  but I believe it covers all necessary bases and provides a firm foundation to formulate your own opinion--- ITS A MUST READ

The downside to this outlook is it assumes housing and mortgage professionals are not likely to see a significant pick up in business over the next few months, tax credit or not. The reality of the "new normal" is settling in over the housing sector. Only the strong will survive.

That dims the "bright spot" of relatively stable mortgage rates doesn't it?