Green Ideas That Made Millions

Sure, going green feels great, but these five eco trailblazers are living proof that green business can also mean money in the bank, not to mention a lighter footprint for all.

Five years ago, product designer Spencer Brown was stunned after spending more than $800 on cardboard boxes and packing material to move his home office. After the move was finished, he was stuck with nothing but a pile of trash.

After being turned away from a recycling center because there was too much packing tape on his boxes, Brown was forced to drive to the landfill and toss his moving waste onto one of the many 40-foot piles of cardboard.

Through this shocking experience came Rent-a-Green Box, a zero-waste pack and move solution that is taking the nation by storm.

Brown’s ‘green’ boxes, called RecoPacks, are made of 100 percent post-consumer plastics and can be reused up to 400 times.

Rent-a-Green Box also distributes several other post-consumer moving necessities, including zip-ties made from bottle-caps and dollies made from aluminum cans.

Rent-a-Green Box rents, delivers and picks up the RecoPacks, which are now available in three sizes and four colors, and the company that once employed only Brown has gained international distribution and has recently begun franchising.

“If someone told me five years ago that I was going to own a franchise training facility, I would have laughed,” Brown says. “No one thought the idea of renting a green box would work, but I knew that people would love a convenient, cheaper and better way to move their stuff.”

Lyndon and Peter Rive bring solar to the city 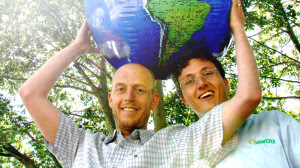 South Africa-born brothers Lyndon and Peter Rive knew they wanted to get into green business, but they wanted to choose the application that would make the greatest impact. Once they zoned in on solar power, there was no turning back.

They launched SolarCity in 2006, and immediately set out on their mission to make solar power accessible to everyone by eliminating up-front cost through a leasing system.

The Foster City, Calif. company has made a huge splash, expanding to five states and installing more than 8,000 systems in four years. To put that in perspective, only 75,000 systems have been deployed in the entire United States over the past 30 years, the brothers say.

With so many solar panels already installed, it’s time for a break, right? No way. The Rive brothers hope to install more than a million solar systems and have plans to expand SolarCity to the East Coast by 2011.

“At the current rate of adoption we’re not going to move the environmental needle,” says Lyndon Rive. “If we want to make an environmental impact, we have to do this fast. So, we want to keep expanding and bringing affordable solar power to even more people.”

After returning to the states from a one-year backpacking adventure in Thailand, recent college grad Kyle Berner knew he wanted to stay connected to the country. While he was visiting Bangkok for a wedding in 2007, fate stepped in – literally. 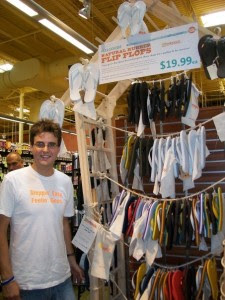 As Berner was crossing a busy Bangkok market, the strap of his flip-flop broke. His search for a new pair brought him to a vendor with a rubber tree display and a curiously comfortable flip-flop.

“When the vendor told me they were made from rubber trees, I was amazed, and I immediately tracked down the manufacturer and set up a meeting with them,” Berner remembers. “The next thing you know, I secured the exclusive distribution agreements for these flip-flops to be sold in America.”

Rights secured, Berner returned to his hometown of New Orleans, La. and started Feelgoodz in 2008 out of a shed in his parents’ back yard.

The company has since moved out of mom and dad’s house and has grown exponentially, selling more than 50,000 pairs of flip-flops in more than 200 retail locations in its first year.

The cradle-to-cradle business model of Feelgoodz ensures that the Thai rubber farmers harvesting the flip-flop’s natural material are paid fair wages and that disposal is sustainable through a grassroots recycling program that recycles any brand of flip-flop.

Feelgoodz also hopes to expand its recycling program in partnership with Soles 4 Souls and plans to launch a new sub-brand of boutique items made by Kenyan craftsmen from recycled foot-ware.

“There’s no end to this flip-flop,” says Berner. “We’re just going to keep running with it.”

New mom Margarita McClure hardly had visions of grandeur when she began sewing cloth diapers for her son in 2005. When her husband suggested she turn her diaper designs into a business, McClure decided to give it a try. 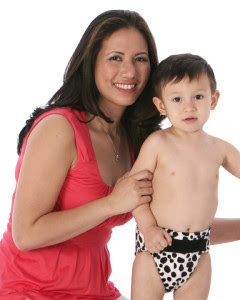 She sewed about a dozen diapers and put them up on eBay to gauge interest. When the first diaper sold for $26, McClure realized she had found something special.

After launching a website and finding an American sewing contractor, Swaddlebees was born.

“At first I thought I could sell a few hundred diapers per month and justify staying home with my son,” says McClure. “In the first month, we sold 2,000 diapers.”

The Knoxville, Tenn. company now sells its nontoxic and reusable diapers in more than 100 retailers, and although McClure has been approached by big-name retailers such as Walmart and Target, she prefers to sell her diapers in stores and baby boutiques owned by entrepreneurial moms like her.

With Swaddlebees booming, McClure has also launched Blueberry Diapers, a fun and funky diaper line sure to please even the chicest eco-baby, and Pink Daisy, a premium line of reusable feminine hygiene products.

Eric Hudson had an idea to redesign the toothbrush since he was a teenager, and when he coupled it with a desire to make a quality product out of recycled materials, there was no stopping him. 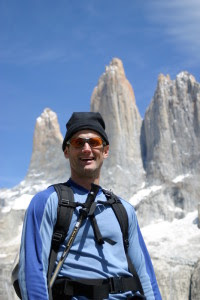 Hudson left his job as a management consultant to launch Preserve (aka Recycline) and take it straight to retail stores.

Preserve has since expanded to a full line of razors, kitchenware and food storage, all made from 100 percent recycled material.

Through Preserve’s take-back program customers can return Preserve toothbrushes and razors, which are reused to make park benches or porch decks through its Plastic Lumber program.

The company also recycles more than 100,000 pounds of plastics #5 every year through its Gimme 5 program and turns the plastic waste into kitchenware.

The total waste Preserve converts into personal care products and kitchenware each year is almost 10 times that, and Hudson partners with about five companies to secure the 1 million pounds of pre and post-consumer recycled plastic he needs annually to produce Preserve products.

Since launching in 1996, Preserve has seen a steady growth of about 50 percent per year, on average. Not too shabby for a company with a former staff of one.

“Ultimately we think we can be a global brand,” says Hudson. “It’s exciting to be where we are now, and it’s a real testament that people out there have an interest in products that reduce human impact on the earth.”

Mary is a student at Temple University in Philadelphia, Penn. She is an Editorial Intern for Earth911.com.