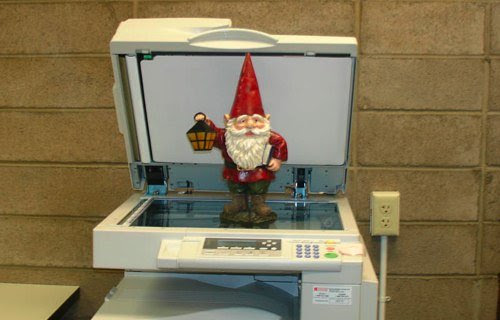 Along the lines of the e-waste and regulatory compliance issues I've posted about in the past, companies would do well to give the same care and attention to their copiers that they devote to their PCs and servers. Copiers, it turns out, do much more than churn out paper copies. They store document images on their internal hard drives to speed up performance, sometimes indefinitely.

The problem is that many organizations aren't taking the time to wipe those hard drives when they dispose of their copiers, many of which end up in the used business equipment market. As you can see in this CBS News video, used copiers can fetch a couple hundred dollars. Now think about all the businesses and government agencies that handle private data (doctor's offices, insurance companies, police stations, and so forth...) and you can see why criminals might think nothing of parting with a few Benjamins for a shot at a treasure trove of personal data that can net them much, much more. Or they can skip the buying a used copier altogether and pry the hard drives of retired copiers sitting in a storage area, or worse, the brazen ones might snatch the drives from actively used models. This data security hole is so potentially damaging that the FTC has now taken an interest.

So a word of advice: treat copiers like other IT equipment (many are sophisticated enough to qualify) and make sure that their hard drives are completely wiped before they're disposed of.