E-cigarettes are growing in popularity as a so-called safer alternative to traditional smoking. But what dangers do they hold for the environment? 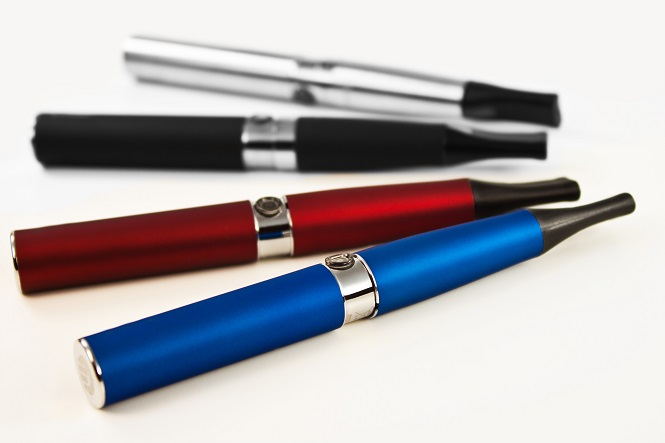 E-cigarettes, vape or whatever you want to call them have become a controversial topic in the world of tobacco. The debate surrounding “e-cigs” has primarily focused on the potential health benefits compared to traditional cigarettes, which claim e-cigs provide the nicotine fix without the other harmful chemicals found in cigarettes. However, with the currently unregulated market, it is difficult to prove this statement. Yet, there is another pressing area in which these vaping devices must be tested: recyclability. It seems difficult for e-cigarettes to be more wasteful than traditional cigarette butts, which are considered the most littered item on the planet. But even if they are less harmful, that doesn’t mean they don’t cause damage to the environment when thrown out or manufactured. Unlike traditional cigarettes, which have similar design and materials across brands, e-cigs have evolved into a broad range of shapes, from cheap disposable models that simulate cigarettes to large refillable and modifiable models. The first experience most people have with e-cigs is with the cheap disposable versions. These are made up of an atomizer, battery and cartridge, the latter of which contains the nicotine. Each cartridge is roughly equivalent to a pack of cigarettes. Once it has been used, the cartridge cannot be refilled and needs to be disposed. So, how does one do this properly? Because these cartridges contain plastics, metals, nicotine and other chemicals, you cannot recycle them without first ensuring they are cleaned. Yet, this is often not stated on the packaging of these products. Dr. Ranee Kaur Banerjee explained you needed to remove the materials from the cartridge before washing out the remaining nicotine from the filler and cartridge then dispose it all in a plastic recycling container. This step should be done with care, though – liquid nicotine leaching into the skin can have unintended and negative consequences (thus, the need to clean the container before recycling). The battery and atomizer must be properly disposed of as well. The majority of disposable e-cigs will have lithium-ion batteries and the atomizer will have electronic components. To safely recycle these pieces, you will need to bring them to an electronic recycling location. Some e-cig companies offer to take back the used cartridges to recycle themselves. For example, one company, Mistic, offers one free cartridge for every eight used ones sent back to them. The other route you can take as an e-cig user are the higher end modifiable vapes. These units can be refilled almost indefinitely. They are made of much sturdier components and viles of “juice,” or the nicotine liquid, can be easily purchased online, with vape kits going for anywhere between $50 and $. Beyond the upfront cost, individual files and liquid chambers must be purchased to hold the nicotine liquid. Embedded into these costs, for most users, is the hope that their vape break down for a long time. Thus, we can hope they don’t throw away or need to recycle as many components. While the modifiable vapes may last longer, they still produce waste. One company, Njoy, recommends the liquid chamber be changed every two weeks or between different flavors. Although I could not find any information on how to properly dispose of these chambers, I would imagine you would need to wash them out and discard them into a plastic recycling bin in much the same way as the cheaper disposable e-cigs. But always check with your local recycler. As people switch from traditional cigarettes to e-cigs and vapes, what is in store for the environment? I think this is a question that has yet to be answered. On one side of the equation, we have a world shamefully covered in the billions if not trillions of cigarette butts that take upwards of a decade to break down. Furthermore, the majority of cigarette smokers don’t even attempt to properly recycle their waste. On the other side, we have a much smaller overall creation of waste that is more detrimental to the environment. Concentrated nicotine – which ranges from dangerous to deadly – batteries that need to be properly disposed of and circuitry containing numerous metallic and plastic components all have the potential to end up strewn across the landscape. Information on properly recycling these pieces can be difficult to come by or require multiple steps, both of which inhibit the likelihood of these devices being recycled. When compared with traditional cigarettes, however, the e-cig industry shines as a potential solution to the massive amount of waste cigarettes create. It would be my hope that e-cig users hoping to live a healthier lifestyle would also consider a healthier option for the environment as well. I think that only the future will tell how the e-cigarette market will affect the environment. It is possible that much like electronic stores and auto shops, the retailers of e-cigs may eventually have dedicated recycling bins to properly manage the spent cartridges and components. Or, things could go the other way and e-cigs may prove more detrimental and dangerous to the environment than traditional cigarette butts. The discussion is far from over on the topic of e-cigs, recycling, and the environment. Please share your own insight and opinions with me on Twitter at @ResfordRouzer.