That Perfect Island: Does It Exist? Here's Where to Look. 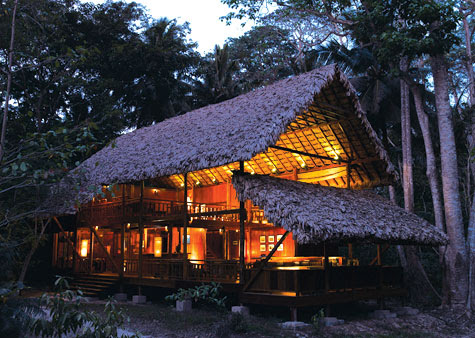 Thirty-two years ago, I set out on an around-the-world journey to find, well, paradise—a pristine island no tourist had ever seen, where the locals still lived off the land. Naive? Sure it was. Even the most “offbeat” islands were crawling with backpackers and hawkers pitching cheap bungalows. But then I glimpsed a speck of land off the coast of Thailand near Ko Samui. “That Ko Phangan,” my boat captain said. “No place stay. No go.” I offered him a few more dollars, and he changed his mind. And there I found it: a stretch of white sand tucked between two jungle-covered hills overlooking a clear lagoon. There were no tourists—just a fisherman and his family—and I stayed for three months. The Thai name for the place was Haad Rin, but I called it “the beach” and swore the location to secrecy. Sadly, mobs of backpackers have since descended on Haad Rin, and it’s now a magnet for full-moon rave parties (Alex Garland’s book The Beach is based in part on the island’s demise).

But sustainable tourism has come a long way to prevent other “paradises” from meeting the same fate. One of my favorites: India’s Havelock Island, in the Andamans. Barefoot at Havelock’s eco-friendly cottages are hemmed by jungle—86 percent of the archipelago is rain forest—and they’re just a short walk from jewel-like lagoons. December marks the end of the rainy season and the beginning of a four-month span of sunny, 85-degree days. If paradise still exists, it probably looks a lot like this (doubles from $150).