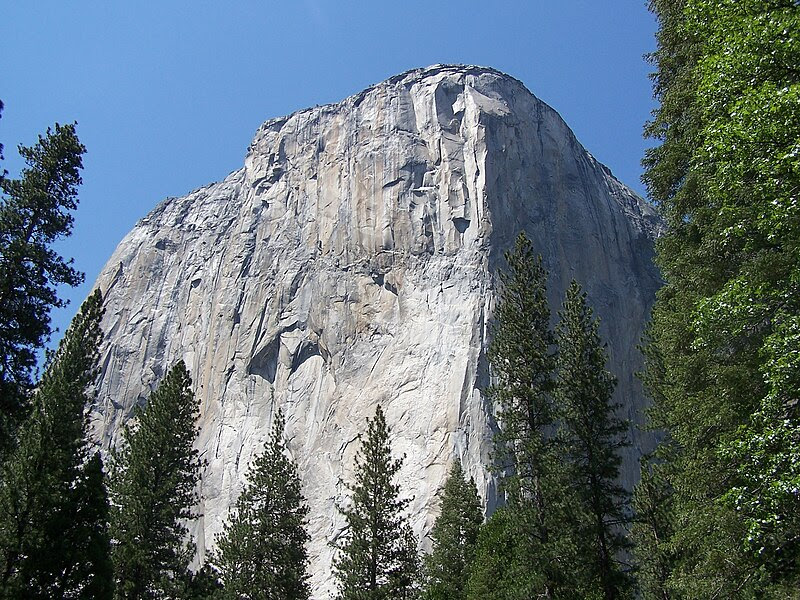 Both The Adventure Life and The Goat are reporting today that rock climber Alex Honnold has set new speed records on Half Dome and El Capitan in Yosemite, going up both the regular Northwest Face Route as well as the Nose on the two faces respectively.Honnold began his assault on the record books by scaling the Northwest Face route on Half Dome in just 2 hours and 9 minutes, which shaves 41 minutes off the old record. He then proceeded to go directly to the Nose on El Cap,  which he scaled in just under six hours, giving him a new record for the combined climb of both routes. Essentially, he did them in just 8 hours total. Amazing!Honnold's climbing buddy Ueli Steck was on hand to observe the proceedings. Apparently the two are still planning on making a speed attempt on the Nose as well, although we haven't had a lot of updates on their progress in the past month. That record currently stands at 2 hours 37 minutes and was set last October by Hans Florine and Yuji Hirayma.
Posted by Adventure Junkie at 12:49 PM

Casual observers cannot comprehend how fast this is. It takes a very experienced climber to even understand what Alex did; this was a quantum leap, like someone setting the speed record on Everest wearing shorts and a t-shirt. He free soloed all but 3 pitches on El Cap, and basically free soloed the NW Face of Half Dome.

Yep! And I can't wait to see what he and Ueli do on the Nose. Ueli is an amazing climber as well, and owns some big records in the Alps.

I saw a doco on Honnold back in Sydney and was just amazed (as most people are) at his attitude to free soloing. Seems like a pretty funny guy too.

"...set new speed records on El Capitan in Yosemite, going up both the regular Northwest Face Route as well as the Nose"

Aren't you a bit confused there? Or am I missing something?Dont you mean Half Done and El Cap? They are not different routes, but separate peaks (massifs) at all together other ends of the valley (???).Makes the feat even more impressive. Hard to comprehend.
7:57 PM