On Friday we were served with a chilling reminder that the unemployment riddle has yet to be solved.  Wall Street still managed to perk up.  Why?  Stock market cronies now believe the Federal Reserve will not hike rates for a very long time thus spurring a positive gain even though unemployment is now up to 10.2 percent.  If we look at the underemployment measure of U-6 the rate soars to 17.5 percent (in California the rate is 22 percent).  Yet there is this pervasive school of thought that housing prices are now set to boom even in the face of rampant unemployment.  This is a carry over from the bubble halcyon days.  In fact, I hear people talking about buying up foreclosures and flipping the home for a double-digit profit.  This is reminiscent of 2005 except for the fact that our unemployment rate in California has nearly tripled but don’t let that get in the way of the gold rush mentality.

The real action is in the shadow inventory.  As you might have noticed, those preaching the gospel of “no shadow inventory” are largely gone.  Now their argument has shifted to the obvious that when banks have a REO, they move on it quickly.  Sure.  We can agree on that point.  Yet banks are not moving to the REO stage.  Moratoriums, delays, and flat out incompetence rule the day right now.  REOs are but one small part of the shadow inventory.  The real hidden inventory is with the massive amount of pre-foreclosures and homes that are in mortgage purgatory.  That is, homes that are destined or prime for a strategic default or are already in default but the bank is simply holding back on even filing a NOD.  As I discussed in the last article, Wells Fargo is jumping ahead of the option ARM freight train stating they will convert over $100 billion in Pick-A-Pay loans to interest only loans.  Now why would they be doing this if these loans were in good shape?  Try telling this to those so laser focused on housing that they fail to miss the fact that our economy is in the worst shape since the Great Depression.

Before we examine our Real Home of Genius today in Costa Mesa, let us survey the nationwide foreclosure picture: 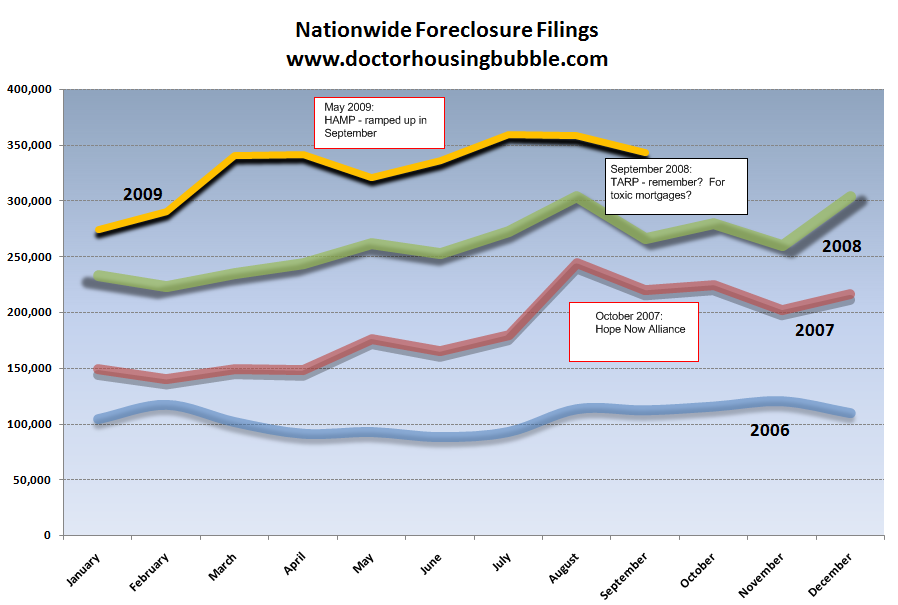 As you can see from the chart above, nothing has stemmed the rise in nationwide foreclosures.  The only thing we have accomplished is creating the greatest generational wealth transfer we have ever witnessed.  And it didn’t take a revolution either.  Every program devised to help the housing industry has failed thus far.  We have committed nearly $13 trillion in bailouts and handouts to Wall Street and the banking industry.  With that amount, we could have paid off every single mortgage in the United States and still have some $2 trillion to go to Vegas and gamble!  Then again, this isn’t really about protecting the American homeowner.  This is about protecting the crony oligarchs on Wall Street.  How much more data do people need?

Take for example the current sham that is sucking a lot of people into the California housing expedition.  Let us first look at MLS inventory for Southern California: 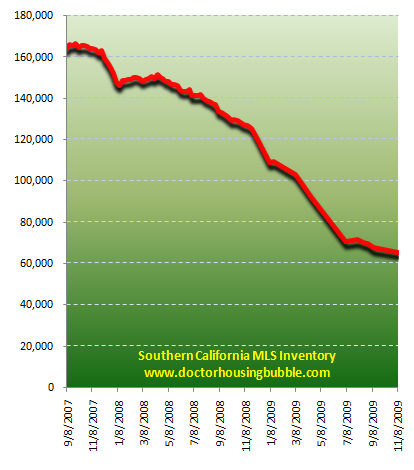 Wow, things are going really well!  Forget about the $60 billion in budget deficits we just had to contend with or the fact that 1 out of every 5 Californians is either unemployed or working part-time for economic reasons.  Housing is selling like pancakes.  Or is it?

Let us do a mini case study on a middle class city in Orange County.  We will examine the city of Costa Mesa.  Doing a quick search on the MLS pulls up 172 listings:

Not bad given that 61 homes sold last month.  At that rate, we have less than 3 months of inventory.  But let us look at some shadow inventory: 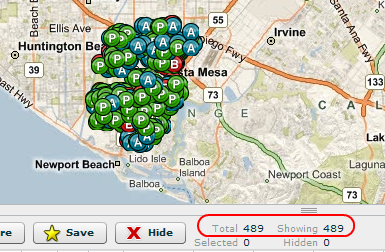 Ah ha!  This is where the delusion sets in.  The public can view 42 distress properties but only 2 are actual foreclosures.  Banks own 49 properties.  So 47 are sitting off the books.  This is the tiny number.  Those scheduled for auction and pre-foreclosure are the big deal.  This is where we are going to see massive losses.  Some need concrete examples so let us give them one.

Today we salute you Costa Mesa with our Real Homes of Genius Award.

Picture in your mind a million dollar home.  Got that image?  Think of how the property would look and where it would be located at.  Let us show you a home that probably reflects your vision: 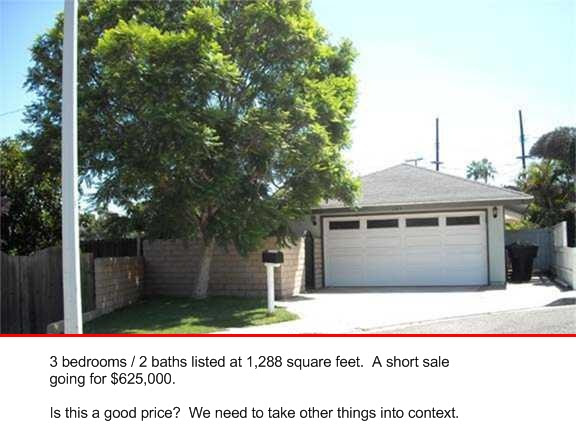 The above is a 3 bedroom and 2 baths home.  Let us look at some sales history as well:

You would think that the above is incredible but if we dig deeper into the data.  We see the power of the California housing bubble:

The home is now listed as a short sale selling for $625,000.  The home has $26,000 in back payments so it is likely this home will be foreclosed.  Welcome to big league losses here.  That second mortgage is virtually gone.  Now we are cutting into the first.  You think this is the only home in this shape out of the 205 pre-foreclosures, many that aren’t even listed?  Think again.

Today we salute you Costa Mesa with our Real Homes of Genius Award.