The Chair for the former Marine base Technical Subcommittee in 2000, went public with details about nuclear contamination at El Toro shortly before his death the same year.
(IRVINE, Calif.) - We have written several articles and produced a number of video reports about the environmental damage on the grounds of the now-closed El Toro Marine Corps Air Station in Orange County, California. Most of the stories revolved around contamination from TCE, trichloroethelyne, an aircraft degreaser sold to the U.S. government by Dow Chemical. 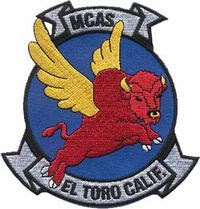 As it turns out, the deadly cancer-causing and liver killing TCE may just be the tip of the iceberg. El Toro is also contaminated by nuclear waste.
One problem with El Toro, is that most of the people involved in the decisions to subject Marines and their families and civilian workers to hazardous conditions, are dead. A former Marine, Robert O'Dowd, who also writes for Salem-News.com, says that the doctor who wrote the most comprehensive article written about the problems with radioactive waste at this old Marine base, died of a heart attack the same year he wrote it.
Dead men tell no tales, but those who publish their research go on helping people long after they are gone. That is the case with the late Dr. Chuck Bennett, former Chair of the Technical Subcommittee, on the Restoration Advisory Board for the Former MCAS at El Toro.
A letter he wrote May 29th 2000 for the Fullerton Observer, was titled "An Update on Critical Issues for the El Toro Base Closure". Sadly, the doctor did not live long enough to press his cause. The City of Irvine, The Irvine Ranch Water District, and the "Great Parks" Corporation certainly don't want it to be an active topic, and now we discover that it is also a radioactive topic. Along with the disputed contractor Lennar, the agencies planned to turn El Toro into a park and housing community. It is totally amazing that the people of California ever allowed it to go so far. 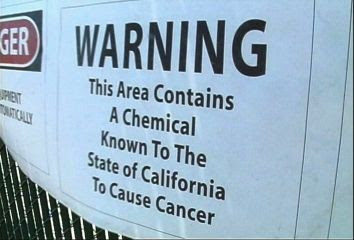 I learned this summer that the toxic waste is at surface level in the area where I was stationed as a Marine at this base in the early 1980's. After parking for approximately ten minutes last July, I drove away from the hangar and noticed a distinct thumping sound. I got out and looked at my left front tire, and saw that asphalt or blacktop, had clung to my tire in a big glob. TCE is a chemical solvent. The old base is extremely toxic. If you stand near the old MWSG-37 area, you are standing right on top of it. This is the area that Irvine wants to see become a park for children.
The gigantic home building contractor Lennar's plunging stock values will not improve as a result of this deal. The bottom has seriously dropped out of the housing market in Southern California, and TCE and nuclear contamination just don't give a place great appeal.
Dr. Bennett wrote, "Five decades of military operation have certainly had its impact on the environment at El Toro. Over 400 underground storage tanks that do not meet the 1998 Federal guidelines for storage use must be taken care of, which means either removed or closed in place."
"It will take years to clean up or take care of the messes that the DoN sprinkled over 4500 acres of prime Orange County land. It may be prime land, but it sure isn’t pristine land! The DoN has made it clear that they have no intention of returning pristine land to the County. They will clean up the 4500 acres only to the levels that the Regulatory Agencies require."
A number of topics are discussed in Dr. Bennett's letter. One regards "an important report" from Department of Navy Consultants released in 2000, about radionuclides in the groundwater at El Toro near the four landfills and also in "Site 1", the EOD, or Explosives Ordnance Disposal area.
Consultants concluded at the time, that the only radionuclide of importance present at the site, was Uranium of natural origin. Dr. Bennett said that if it is of natural origin the DoN would have no obligation to remediate the Uranium.
"But the DoN has a bit of a problem," Dr. Bennett wrote.
"The Uranium they found in Site 1 has too much Uranium 235 in it (N.B. it is the U235 in Uranium that makes nuclear power plants work and splits when an atom bomb explodes). The amount of U235 in the Site 1 samples is more than twice as much as you would find in natural uranium, and several outside experts have confirmed that the Site 1 results demonstrate enriched uranium. If it is enriched, it is man made and not natural. If it is not natural, the DoN will become liable for remediating all the Uranium. If it is shown to be enriched Uranium at the base, don’t bother to ask me how it got there. Ask the DoN."
He also cited DoN records that he says show that one of the landfills (IRP Site 2) had a different, and larger, defined boundary as late as 1997. What the doctor described as a dangling "Tail" of this old landfill boundary, went outside the boundary of the base. The DoN reports also found buried waste in this "Tail".
"The main problem is that the County is planning to build a road extension right on top of this 'Tail' which may contain DoN waste," Dr. Bennett wrote. I'm not positive, but I was at El Toro this summer for a series of video reports on this subject, and I think that the road mentioned in the letter, now exists.
Nukes at El Toro? 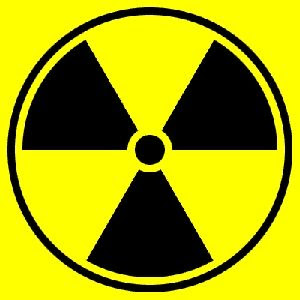 Tim King is a former U.S. Marine with twenty years of experience on the west coast as a television news producer, photojournalist, reporter and assignment editor. In addition to his role as a war correspondent, this Los Angeles native serves as Salem-News.com's Executive News Editor.
Tim spent the winter of 2006/07 in Afghanistan with Oregon troops. Tim recently returned from Iraq where he covered the war there while embedded with an Oregon Guard aviation unit. Serving the community in very real terms, Salem-News.com is the nation's only truly independent high traffic news Website, affiliated with Google News and several other major search engines and news aggregators.
at April 30, 2014 No comments:

How does nuclear waste disposal work?

plants. In short, it's the type of waste that reflects one of humankind's greatest leaps in technology, but it also demonstrates our inability to deal with our own advances.
Radioactive waste can take the form of different states of matter, including gas, solids and liquids. Depending on the waste's source, the radioactivity can last from a few hours to hundreds of thousands of years. If disposed of improperly, radioactive waste can devastate the environment

, ruining air, water and soil quality. What's more, these materials can have long-term negative effects on human health, and can be fatal.
The greatest bulk of nuclear waste is related to the generation of nuclear power. There are two primary byproducts, including spent nuclear fuel from nuclear reactors and high-level waste (HLW) from the reprocessing of spent nuclear fuel.
The reactors in nuclear power plants use fuel in the form of ceramic uranium dioxide pellets that are sealed within metal rods. After the usable uranium is gone from the rods, the rods must be disposed of. But first, the rods are often processed with chemicals to draw out any unused uranium; this results in HLW, which is liquid waste. Then the rods are usually stored in pools of water near the reactor until a permanent location is prepared.
As of this writing, there are more than 29,000 tons of spent fuel rods worldwide. In the United States, many of those rods still sit idle near power plants, because there are few permanent disposal sites.
Low-level waste (often from hospitals or labs) can often be compacted or incinerated in a container that is subsequently buried a landfill. Intermediate-level waste (reactor components, chemicals and similar wastes), which have higher levels of radioactivity, may be solidified in concrete or bitumen and then buried deep underground.
HLW comprises only a tiny percentage of all nuclear waste but accounts for 95 percent of the radioactivity given off by nuclear waste. For storage

, it may be transformed into a glass, which is then sealed inside stainless-steel containers that are entombed far below the Earth's surface at government-approved sites. Sometimes HLW is stored in underground tanks or silos, too.
Finding suitable locations for radioactive waste is no easy task. In short, no one wants nuclear waste near their communities, even if it's buried many miles away in a vault in the desert. The proposed Yucca Mountain storage facility, located in Nevada about 100 miles (160.9 kilometers) northwest of Las Vegas, is a good example of the problems associated with nuclear waste disposal.
In 2002, U.S. President George W. Bush approved development of the facility, but since then, the project has been challenged by many groups. In 2010, President Obama indicated he would try to put a stop to the project, citing concerns with the long-term stability of the site. Opponents say earthquakes and groundwater flow could penetrate the vault and let radioactive waste escape.
Thus, the United States continues to struggle with nuclear waste disposal. Experts say that permanent disposal locations must be created soon, though, or we risk being overburdened with radioactive waste that no one wants.

http://science.howstuffworks.com/nuclear-waste-disposal.htm
at April 29, 2014 No comments: