Most people already know that household paint is recyclable. But it’s also important to understand that different household paints are disposed of in very different ways. What we do with our leftover paint determines if it goes on to have a second life. In fact, the EPA estimates that Americans discard as much as 69 million gallons of paint each year. That’s millions of gallons of unrecycled paint headed straight for the nation’s landfills. Fortunately, many cities and communities organize household hazardous waste management programs through which residents can recycle leftover paint and paint cans. Americans discard as much as 69 million gallons of paint each year. Photo: Ecoactionteams.ca How Paint is Recycled Most latex paint that doesn’t contain mercury or foreign contaminants can be processed into recycled-content paint. There are two types of recycled paint: re-blended (also called consolidated paint) and re-processed (also called re-manufactured paint). Re-blended paint contains a much higher percentage of recycled paint than re-processed paint. Creating re-blended paint involves mixing several paints together, including various colors and sheens (glossy, eggshell, etc.). The paint is then filtered, packaged and distributed or sold. Re-processed paint results from mixing old paint with new paint and other new materials. The paint is then tested for quality, packaged and distributed or sold. Theresa Foster, the environmental programs coordinator for the City of Phoenix, Ariz., explains the paint recycling process. “When we [the City’s recycling centers] accept the paint, we separate it out by color, so then it will get mixed that way,” Foster says. This means re-processed paint can be made into more colors than re-blended paint, which is usually offered in just neutral colors. By repurposing paint in this way, we reduce the demands on the planet’s natural resources, as well as create markets for leftover paint in cities where people would like to purchase and use recycled paint. However, oil-based paints are a trickier business, since they cannot be recycled. “Oil-based paints are incinerated,” says Foster. “Spray paints, too. Even the metal [containers] get incinerated.” Try to use any leftover paint you have or donate it to a local charity. Photo: UWM.edu So What Should I Do With My Paint? When purchasing paint for a project, try to determine how much paint you will need so that you end up with as little excess paint as possible. Then, make every effort to use leftover paint. Give it to a friend or use it for an art or crafts project. Consider donating the paint to local organizations, such as charities, churches, high school drama departments or Girl Scouts of America or Boy Scouts of America troops. To recycle your paint, separate it into two groups: latex paint and oil-based paint. Never mix the two kinds together because they have to be recycled separately. Also, if possible, the paints should be in their original containers, or at least clearly labeled for identification. For latex paint, remove the lid from the can and allow the paint to dry out and harden completely. Push a screw driver into the paint to test whether any of it is still liquid. Once the paint has dried completely, it is ready to be recycled. In some states, leftover paint that is prepared this way and placed in garbage bins is automatically recycled. In other states, it’s necessary for you to take the paint and containers to a recycling facility. Contact your local household hazardous waste (HHW) representative to learn the regulations in your state. Oil-based paints are hazardous and should always be taken to your local HHW collection center so they can be disposed of safely. And even though the majority of latex paints are not considered to be hazardous, there are a few exceptions. “Some paints have chemicals with mildew protection, and those are hazardous because they include pesticides,” says Foster. Paints labeled as “wood preservative” and paints containing mercury (may apply to any paint manufactured before 1991) are also hazardous. Foster recommends taking latex paints that fall into this category to your local HHW collection center along with your oil-based paints. Some communities have specific paint recycling programs that will accept both latex and oil-based paints at collection sites. To find your local paint recycling program, use Earth911’s recycling search or check with your city’s public works department. Published in Hazardous Rating Tagged as aerosolcan, basics, hhw, ideas, mercury, noteworthy, paint, paintthinners, pesticides, wood Join the discussion 11 comments Share this article Facebook MySpace Twitter Marie Look Marie Look is a writer and editor based in Phoenix. She enjoys spending time outdoors and learning ways in which she can practice more environmentally-friendly living. More articles by Marie 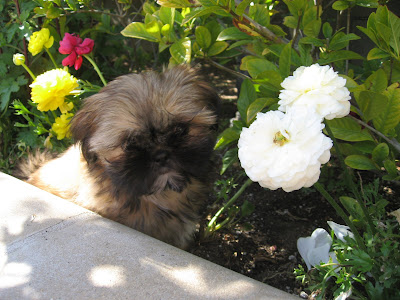 In this lawsuit filed in federal court, the plaintiffs claim Caltrans failed to conduct a thorough environmental review of the project, in violation of the National Environmental Policy Act and the Wild and Scenic Rivers Act.

"We can see no other option than to seek help from the courts to protect this threatened grove," said Kerul Dyer, Richardson Grove Campaign coordinator for the Environmental Protection Information Center, a grassroots group in Redway, California.

"Caltrans not only failed to evaluate the harm this complex project would cause to these ancient trees, they railroaded this multi-million-dollar project through, disregarding the public's concerns and grossly understating the impacts the project would have," Dyer said.

A lawsuit was filed under state law in June accusing Caltrans of violations of the California Environmental Quality Act. A "finding of no significant impact" that Caltrans published in May contradicts the agency's own conclusions that the project is likely to harm or destroy ancient redwoods in the grove, the plaintiffs argue.

London, England (CNN) -- The planet's seas and oceans are richer and more diverse than scientists suspected, the biggest survey of marine life has revealed -- but many mysteries remain.

The Census of Marine Life, which announced its full findings Monday, has taken 10 years to complete, employing 2,700 scientists from 80 nations. The $650 million study surveyed from the coldest waters to the warmest lagoons, from the smallest microbes to the largest cetaceans.

It even looked at life 10,000 meters (6.2 miles) down in the Marianas Trench southeast of Japan.

Scientists tagged and tracked marine creatures in order to gain insight into their migratory habits and populations as well as how they breed and what they eat.

The census also explored some unusual sights during its 10 years, including what scientists labelled a "White Shark Cafe" and a "sturgeon playground" in the Pacific as well as giant bacteria and mollusks.

In August scientists working on the census revealed that the richest waters for marine life are around Australia and Japan; and that crustaceans are the biggest group populating the seas, making up around one-fifth of sea life.

Scientists estimate that there are more than 1 million marine species but only about 250,000 have been formally described in scientific literature over the centuries. Those figures exclude microbes -- of which the census estimate there are up to 1 billion kinds.

Myriam Sibuet, vice-chair of the Scientific Steering Committee on the mammoth study, said: "The census enlarged the known world. Life astonished us everywhere we looked. In the deep sea we found luxuriant communities despite extreme conditions."

The census also collated information on the 16,764 species of fish that have ever been described -- but estimates that a further 5,000 have yet to be discovered.

Before the census, we lacked even a simple list of known marine species. Information was scattered all over the world with limited access.
--Patricia Miloslavich, co-senior scientist 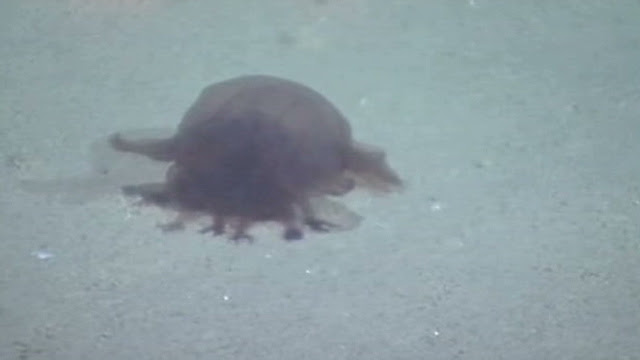 The amount of marine life yet to be detailed varies wildly by region. The census estimates only 10 percent is yet to be described in European waters -- but that figure rises to 75 percent for the deeper waters of the Mediterranean and 80 percent for the seas around Australia.

The census is inviting other organizations, projects and individuals to help monitor life in the world's waters by contributing to OBIS.

Ian Poiner, chair of the Census Steering Committee, said: "This cooperative international 21st century voyage has systematically defined for the first time both the known and the vast unknown, unexplored ocean.

"All surface life depends on life inside and beneath the oceans. Sea life provides half of our oxygen and a lot of our food and regulates climate. We are all citizens of the sea."

The census also used DNA barcoding -- for example, ensuring a specimen can be identified by something as small as a fish scale -- for 35,000 species, as well as establishing baseline measures so that future damage from climate change or pollution can be accurately assessed.

Patricia Miloslavich, co-senior scientist on the census, said in a statement: "Before the census, we lacked even a simple list of known marine species. Information was scattered all over the world with limited access. If we liken Earth to a firm with humankind as CEO, we must surely know the key employees and their functions."

More than 300 key scientists who worked on the census meet from Monday in London to discuss their findings and plan further work.

The survey was began 10 years ago by Fred Grassle at Rutgers University, New Jersey, and Jesse Ausubel of the Alfred P. Sloan Foundation, New York.

The Frog House surf shop, the second-oldest surf shop in Orange County, might have to close its doors because of residential zoning laws.

The shop has been at its Newport Shores location since 1962. A few years later, in the 1970s, the land was zoned for residential-use only.

Because the business was already on the land, it was deemed a legal non-conforming use, City Atty. David Hunt said, meaning that they were openly using residential land for commercial use but the city did not pursue removal.

In 2006, Newport Beach was updating its general plan, which included taking action on zoning restrictions. Two years later, an ordinance passed that required the city to take action on Frog House and three other nonconforming properties in residential areas.

"[In 2008] the choice was that the commercial uses in residential uses have a year to abate or apply for appropriate modifications or permits, or they would have to leave their location," Hunt said.

Although the public has had access to the ordinance since 2008, Hunt said that the city did not contact Frog House directly when the change happened.

But, Hunt said, there are options for Frog House that wouldn't result in closing.

"They can seek an extension of the abatement period, which is a temporary extension determined by a hearing officer, or they can ask the City Council to amend the zoning," he said.