The lady in the window 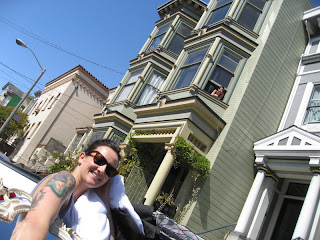 http://digg.com/general_sciences/Hippo_Sweat_Could_Lead_to_Better_Sun_Protection?OTC-ig
at March 21, 2009 No comments:

Spending the day with Walt

get your pajamas on and read about the Middle East

The firing of a magazine editor in Turkey over her intention to put a story about Darwin's evolution theory on the cover has generated a flood of criticism. SPIEGEL ONLINE spoke with the editor about just how conservative Turkish society has become.

No issue divides Turks more than the country's alleged creeping Islamization. Early last week, the Scientific and Technological Research Council of Turkey (Tubitak) sparked an international controversy after it prevented the publication of a cover story about Charles Darwin's evolution theory in Bilim ve Teknik (Science and Technology), one of the country's leading science journals. The publication's editor-in-chief, 41-year-old Cigdem Atakuman, claims she was fired as a result of the incident.


Charles Darwin: a theory too hot for Turkey?
Secular Turks are outraged and the world is watching. Did Tubitak, which publishes Bilim ve Teknik, censor a feature about the theory of evolution under pressure from the conservative Islamic-oriented AKP-led government because it couldn't be reconciled with Muslim religious beliefs?

A senior Tubitak official has blamed the editor for removing the story, according to Turkish daily Hürriyet, saying changes were made at the last minute and rushed. But Atakuman has denied the allegation, saying the deputy head of the council, Ömer Cebeci, told her the cover story was too controversial and that he no longer trusted her to responsibly perform her duties. The paper claims the incident has been reduced to a case of "one person's word against the other's."

In an interview with SPIEGEL ONLINE, Atakuman defends her position and says she is worried about the future of bias-free science in her country.
at March 18, 2009 No comments: